skip to main | skip to sidebar

Merry Christmas From Our Home to Yours! 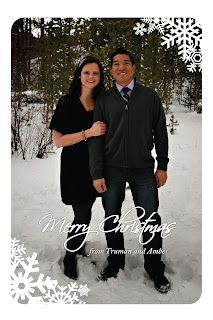 Colder weather always puts me in the mood for soups and warm comfort foods.  Brie is one of my favorite cheeses, and I recently got a slice of brie on clearance from the grocery store.  We were in the mood for mac 'n cheese, so I created a rich and flavorful brie, bacon & rosemary mac 'n cheese.  My husband declared it a winner and said it's definitely a dish we should have again! 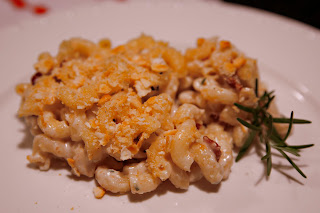 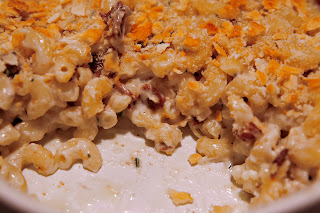 Directions:
Bring a pot of salted water to a boil.  Add the elbows and boil until tender, according the package directions.  Drain.

Chop 4 slices of bacon and saute over medium heat until crispy & browned.  Drain on a paper towel and set aside.

In a medium saucepan, melt 2 tbsp. butter.  Mix in the 2 tbsp. of whole wheat flour until well blended to create a roux.  Slowly add the milk, whisking to combine and removing any lumps.  Stir in the cream or half & half.  Bring the mixture to a boil.  Turn heat down to a simmer and add the rosemary and brie, stirring until the cheese melts and the sauce is smooth.

Mix in the cooked & drained elbows, then stir in the bacon.

Preheat the broiler to low.  Spray a casserole dish with olive oil or cooking spray.  Spread the mac & cheese mixture into the dish.  Crush the crackers and sprinkle on the top.  Broil on low until golden brown and crispy on top. 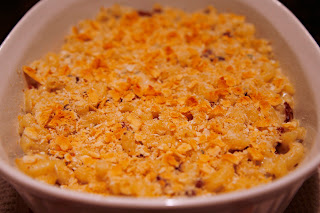 It would be a perfect dinner served with a spinach salad and rosemary sea salt rolls.

Now, if this chillier weather would just bring our first big snow!
at 10:23 PM 1 comments

Labels: Food For Friday, In the Kitchen

Last week, we were blessed with a very unexpected and last minute getaway to Breckenridge for 3 days.  The parents of a student who was involved in the ministry that we work with have a condo timeshare that they were unable to use last week, so they offered us to stay there for a few nights. We were so excited to head up to the mountains for a few days...for free! 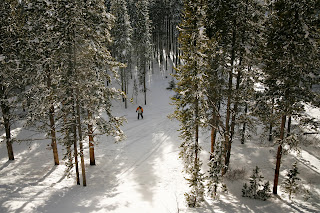 We had a wonderful time and it was a much needed and refreshing break for us.  We relaxed, read, spent time with the Lord, ate, and enjoyed the hot tub under the stars each night.  It is a ski-in ski-out condo, and Truman was able to get a lot of snowboarding in.  I took this photo from the balcony of the condo.  It was fun watching him snowboard right up to the building and I even headed down to the lodge one day to catch him at the end of some runs.  I've never gotten to watch him board before so I enjoyed getting to see him do something he loves. 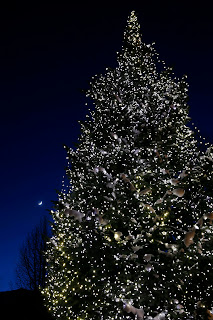 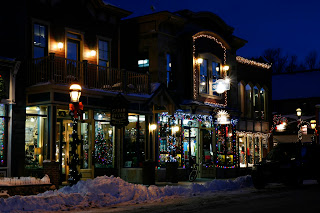 Breckenridge is a very charming town and it was beautiful all lit-up for Christmas.  When we headed to Main Street in the evenings, I loved how festive it felt. 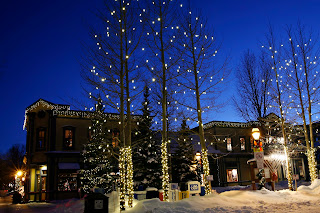 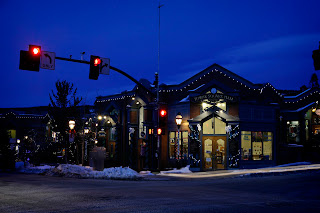 We still haven't had a big snowfall in Denver yet, so it was also fun to be surrounded by snow for a few days.  We were so thankful to the Lord for this surprise time away!  There is something special and refreshing for the soul about being in the mountains, in the midst of His magnificent creation.  3 days of fun memories!
at 11:36 PM 3 comments

A Date with Shrek

This past Sunday, we took advantage of our credit card rewards to treat ourselves to a fun date night in downtown Denver! 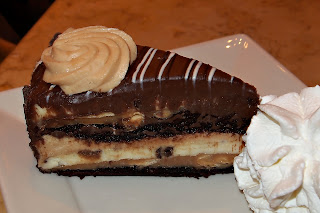 We started the evening with dessert at The Cheesecake Factory.  We shared the Reeses Peanut Butter Chocolate Cake Cheesecake and it was delicious!  And rich!  It is one of my new favorites.  I never have room for dessert if I eat a meal there, so I love going just for dessert. 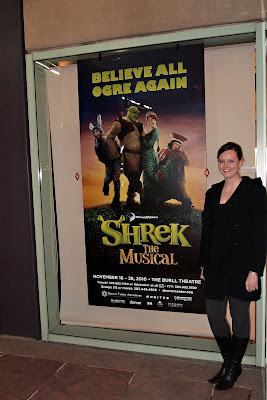 After dessert, we saw Shrek The Musical at the Buell Theater.  We really enjoyed it!  It was humorous and light-hearted and just an all-round fun show. 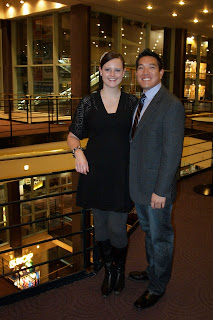 We are both fans of musicals, so it's a fun thing for us to do together.  And I love any reason for my handsome hubby to get a little dressed up!  It had been a hard week for us, so a funny musical, laughing together, and eating dessert was a perfect & much needed evening out.
When we came out of the show, snow was falling, and as we walked back to our car, it began coming down even harder.  We were pretty covered in snowflakes by the time we got to the car. 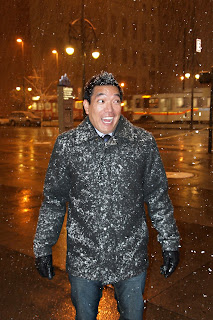 It was beautiful, and a fun surprise to come out to snow falling, but sadly, it didn't even look like it had snowed at all 10 minutes away at our house!  We are still waiting to wake up to that first big snow of the year.  I am thankful to have made fun memories & enjoy a night out with my best friend.
at 8:29 PM 3 comments

Amber
Denver, Colorado
I'm a woman trying to live life to the fullest, and embrace wholly this crazy journey that is life. I desire to follow after the Lord, find joy every day in the little moments, touch lives in love, and leave a legacy behind that holds a meaning greater than myself.

Faces In My Scrapbook (People I Know)